Online bidding ends at 12:00am November 20, 2021. Auction concludes live at the Heart Of America Registered Haflinger Sale at C-Bar-C Expo Center in Cloverdale Indiana. Payment is due by December 31, 2021.

The foals developing from the breedings of these donations will be the only foals eligible for the 2023 HBC Weanling Jackpot Class
For info or to donate a service, contact HBC Vice President Bob McMillan: phone or text (301) 606-6168 or email haflinger306@gmail.com 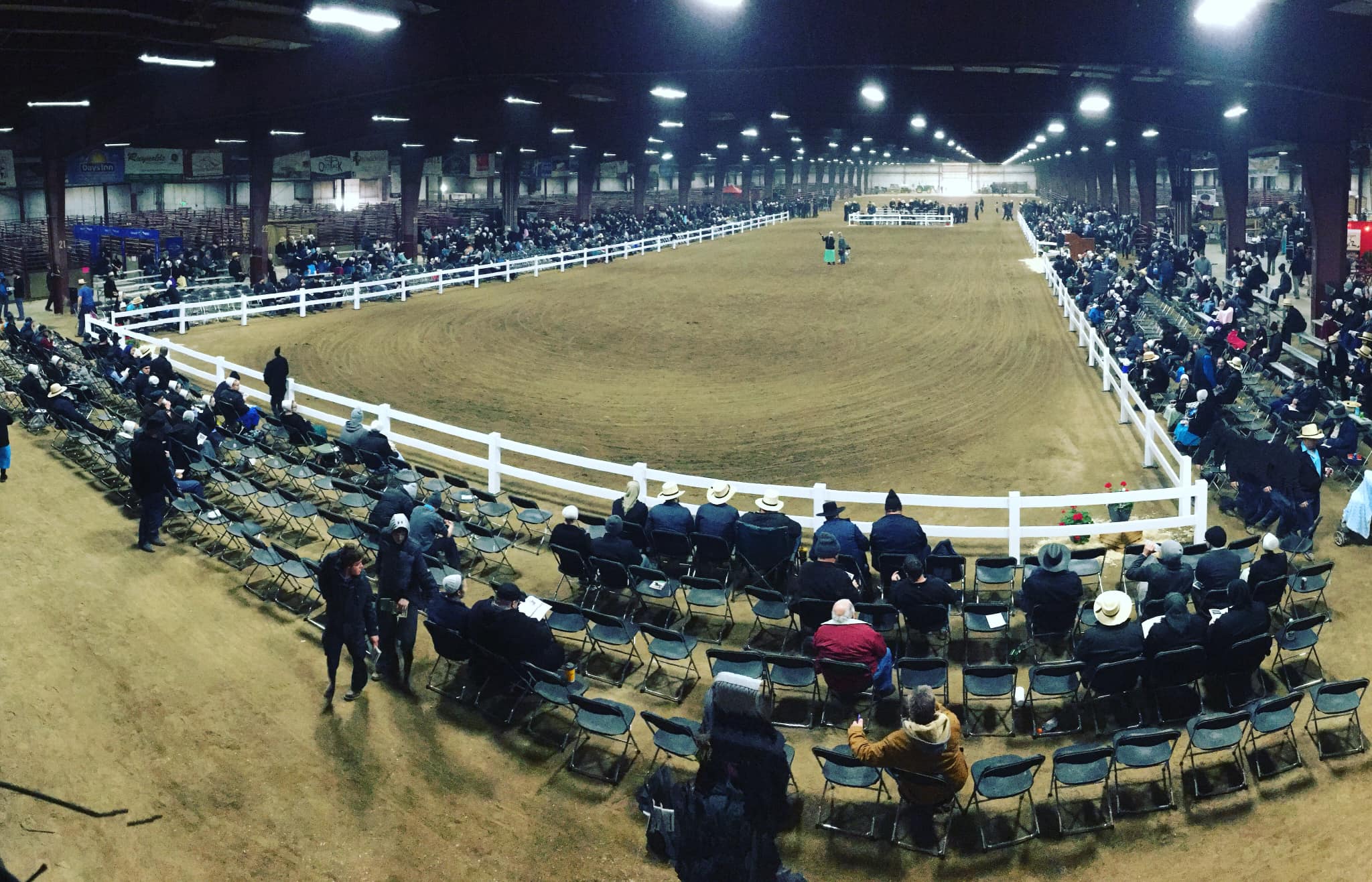 Login or register using the form below. New registrations will be emailed a confirmation and asked to set your password. Once logged in, you’ll automatically be returned to this page. To bid, just click on Bid Now under a stallion’s photo. 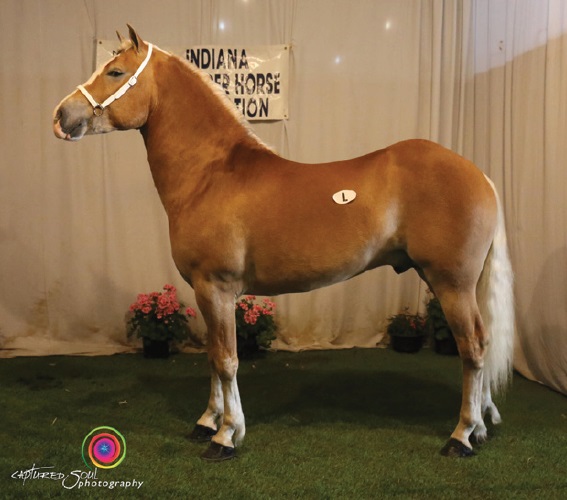 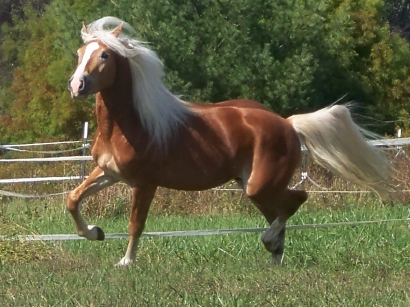 AHR Licensed and Silver Classified Stallion. Outstanding rich copper color with a white mane and tail. To go along with his Good Looks, he has a great mind and a willingness to learn. He loves attention! With all he has to offer, he will be a plus to any breeding program. He is already proving himself in the showring! At the 2016 AHR National Show, he took 1st in the 4/5 Year Old Stallion Class and was the National Reserve Senior Stallion. He placed in all of his performance classes that included both Western and English. He enjoys the games. He is a real joy to be around! 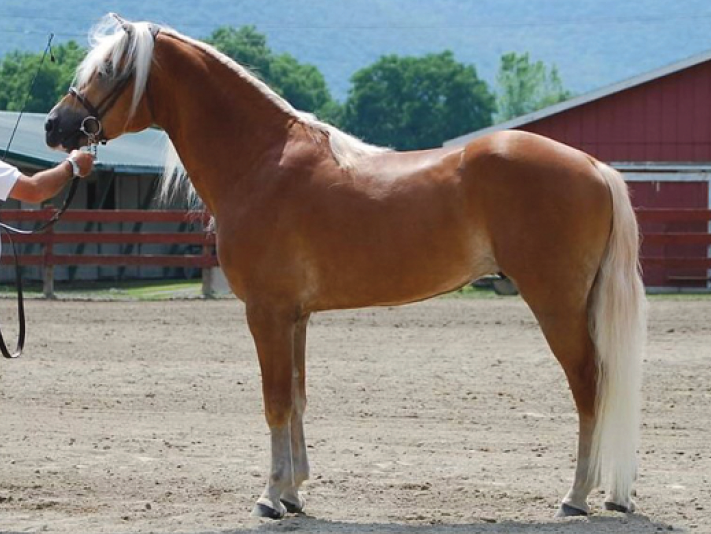 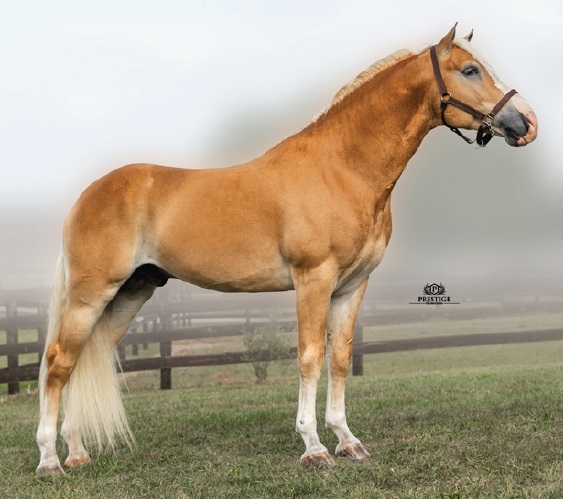 How about adding some Adrenaline Rush to your 2022 foaling season! We are very pleased with Adrenaline Rush’s first foal crop. Clean bone, very lengthy and good temperament. 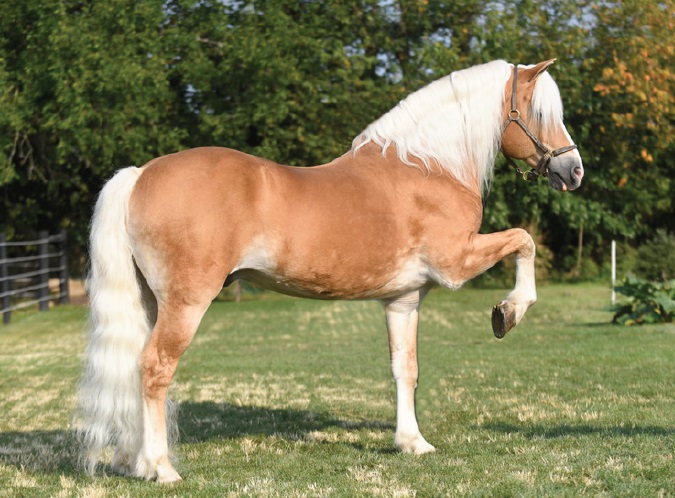 Where conformation, brains and action meet!
Here is an elite stallion with brains, conformation and true natural athletic ability. Alfa is still the highest AHR inspected stallion ever in North America, Gold Classified at 82 points. 3 time National Champion and the sire of many performance futurity and National Champions. 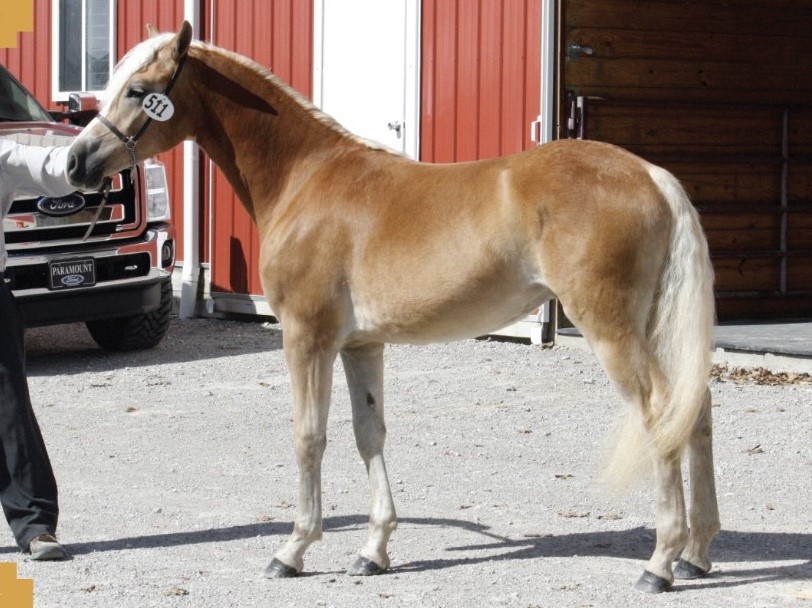 This outstanding son of Accolade of Genesis x Fascara WSF will be standing at service in Spring of 2021. Be sure to see him at the Buckeye Haflinger Show, Central Ohio Haflinger Show and the Nationals in 2020. Sire is Silver Classified, Dam is Gold Classified (Impressive), he was a Yearling in the picture. 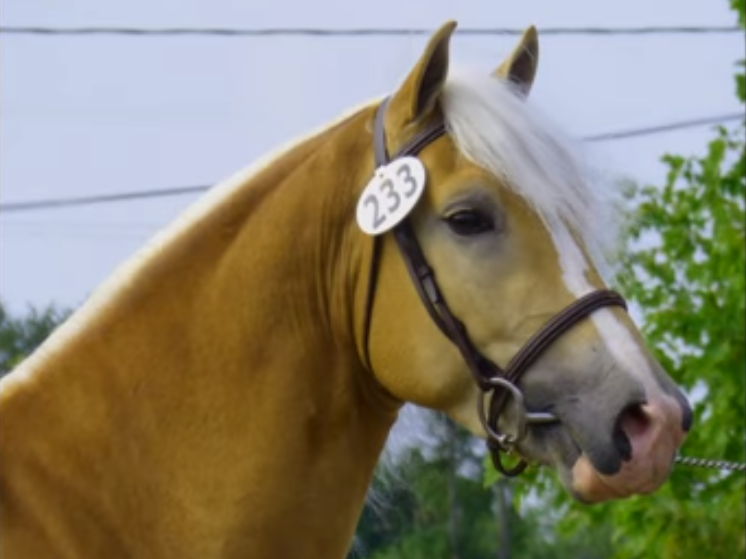 Aviator GF Inspected and approved for breeding High Silver Score at 78 Pts with an “9” in Type
Sire: ADANAC By Afghan IIan Austrian Imported Stallion (in Canada) that is scored 82.5 Pts (Top score in North America). Dam: Guggi By NobeliusAlso imported from Austria with 79 Pts. Offspring keeps his famous movement and refinement!

On Farm Breeding Only (Haflinger registered mare ONLY) 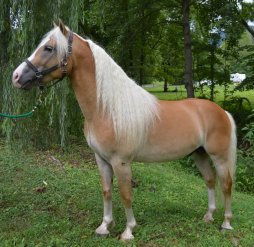 Introducing Nordicrat MDH – 4 year old Stallion with excellent potential and terrific bloodlines. Sired by the late great World Champion Gold rated Stallion Nordtirol and out of the Winterstein Mare Arena TOF. Great temperament personality and trainability. His first foal crop is on the ground now. He is trained to ride and drive. Here is your chance to get some more of those great Nortirol bloodlines. 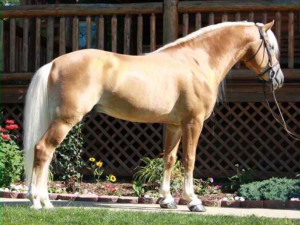 Standard of Excellence has proven time and again he is a stallion that can produce. This 80 point Silver Inspected stallion has done quite well for himself! He has been selected National Grand Champion Stallion, was the Stallion Incentive Program Champion, won the prestigious Dressage at Devon breed class against three other National Champions! He also received three 10s in his Disposition and Trainability a test (a perfect score!). This outstanding stallion has produced Futurity winners time and time again. Although his winning offspring have proved his ability to pass along winning conformation, he also passes along his incredible temperament. His foals are highly trainable, calm and very sensible. If you have the opportunity to meet Standard in person you are sure to be amazed by his gentle nature, breathtaking good looks, correct conformation and his “nice guy” personality. 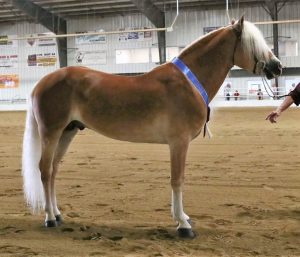 6 year old imported stallion, classified silver 78 points. In four years of consecutive showing, Starnberg MHS has placed first in every class entered, to include 2 National Shows and was Champion Colt as a weanling in Germany before coming to the US. He has received 4 National Titles and 1 International title. 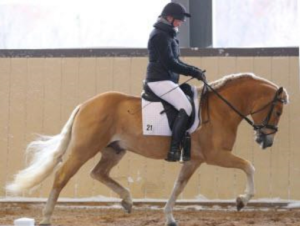 Stellar TVR – A champion stallion in hand & under saddle, at breed shows and in open competition, producing champions in the Haflinger and Warmblood/Sporthorse world!

Stellar is the FIRST and ONLY Haflinger stallion in North American history to attend the North American 30 Day Stallion Performance Testing where he was tested in dressage, stadium jumping, cross country jumping & free jumping, and received outstanding scores, and to be licensed and approved for breeding through several major European registries, include: Weser Ems (GOV) & RPSI/Westfalen NA, in addition to AHR and the American Warmblood Society Sporthorse Registry. Westfalen NA is the North American branch of the Westphalian Verband in Germany – the largest and most well-respected pony/small horse registry in Europe. Stellar is approved for breeding in Germany as well as North America, and his foals are eligible to receive German passports.

Stellar is available to approved mares in 2020, A.I. only, on the farm and shipped semen (fresh and frozen). Stellar’s foals are bringing premium prices and are in high demand from coast to coast, and ALL of Stellar’s foals offered for sale by us since 2014 have sold inutero, sometimes two years in advance! Stellar consistently passes on his outstanding powerful movement from behind, a strong hindquarter and loin connection, and foals with sweet personalities, wonderful work ethics, and fantastic trainability and rideability, winning on the line and under saddle against all breeds! Stellar is the 2017 National Dressage Pony Cup DSHB overall Reserve Grand Champion, Reserve Champion Mature Horse, and Grand Champion stallion, in addition to numerous wins in both open & pony divisions and scores to 70+% at recognized dressage shows at first level in Ohio and Michigan; 2016 – numerous wins and scores to 73+% at recognized dressage shows in Michigan; 2013 KILE Grand Champion Stallion/Gelding; 2011 Stone Tavern II USDF DSHB Grand Champion Haflinger (NJ); 2011 Buck’s County Horse Park USDF DSHB Reserve Champion Stallion/Gelding (PA); & 2011 USDF DSHB Champion Haflinger. 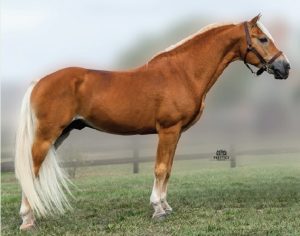 19 years old and still producing sale toppers and show winners. He has sired some of the best all around riding and driving horses available today. 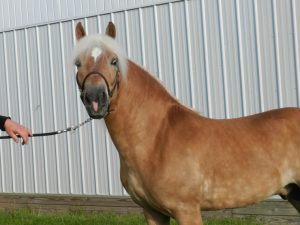 Gold Classified in 2017 with 81 points
Dutch imported and an exciting addition to the United States
Sired by the world renowned stallion Walzertraum, the top producing stallion in Austria and winner of the offspring class at the 2015 World Show
Out of the Elite Dutch Performance mare, Melissa van de Wortel
The only known son of Walzertraum in the United States!
HCC award winner in English Pleasure and Intro level dressage his first year!